There’s only one more event that really matters on the 2014 WTA Tour, and it’s as lucrative as they come. The WTA Finals have rebranded, expanded, upgraded and changed location. Whereas only eight singles players and four doubles teams competed in Istanbul last year, Singapore will play host to the elite octet along with an equal number of doubles pairings, “future stars” and legends of the past. With total prize money of over $6 million and a potential 1500 ranking points for the champion, fans are guaranteed a week of high stakes entertainment.

The unique round robin format adds extra spice. An early defeat does not lead to automatic elimination, instead offering players a chance to reset and continue fighting for one of the top two spots in their group. Here is how those players have been split:

Serena Williams has already been anointed player of the year by many fans, but she can put the matter to rest in Singapore. Her participation in doubt a week before the Finals, she now seems as keen as ever to add another major trophy to her cabinet. Opponents will be hoping that her fragile knee and reduced match play since the US Open will leave her more vulnerable to an upset, but we should know by now that an injury has to be very serious before it can stop Serena. At the 2013 Finals she was physically and mentally exhausted at the end of the busiest and most successful year of her career, yet she still managed to win all five of her matches. No one should be surprised if she does the same this time around.

Serena doesn’t worry about draws, but she might be secretly pleased to have ended up in the Red Group with Ivanovic, Bouchard and Halep for company. The world number one is a combined 11-1 against these players, the sole defeat coming to Ivanovic at the Australian Open back in January. She has avenged that loss three times since, but Serena doesn’t ever forget high profile Grand Slam humblings (just ask Maria Sharapova). She’ll do all she can to dispatch Ivanovic comfortably in order to prove that her Melbourne misadventure was a one-off.

It will be interesting to see if Halep and Bouchard can push Williams, however. The American hasn’t played either since they broke into the upper echelons of the women’s game. Can Halep’s supreme court coverage confound her? Could the big-hitting Bouchard prove her mettle on another big stage?

A close look at Halep’s results since July suggests she might be in something of a mini-slump. She did little of note during the US hard court swing, and left Asia nursing a hip injury. Such tribulations are part and parcel of life at the top of the game, but the young Romanian has yet to prove that she can rebound effectively. After her loss to Mirjana Lucic-Baroni in New York, Halep admitted that she was “not in a good mood”. This inability to switch her mindset from negative to positive is a concern, and it could prove fatal in Singapore. Ivanovic is a confidence player, difficult to stop once she gains a foothold. Bouchard is mentally strong, and Serena is Serena. If Halep doesn’t stay upbeat during what will will surely be tense, demanding battles with this trio, she’ll struggle to make it out of the group stages.

Bouchard’s results also tailed off post-Wimbledon, but she righted the ship in Wuhan, where she finished runner-up. The fast indoor conditions in Singapore will suit the Canadian, who likes to go big with her return and second shot. Although she has never beaten Serena, Bouchard is 1-1 in her head-to-head with Halep and 2-0 against Ivanovic. That suggests she has a great chance of making it to the final four.

Ana Ivanovic brings star power as well as one of the tour’s most entertaining games to Singapore. After several seasons playing below her potential, she has rediscovered her mojo in 2014, and her return to the top ten has been hard-earned and well-deserved. Can she conclude her season with a morale-boosting performance, the kind she produced in Australia? Or will we see the nervy, indecisive player who lost to Karolina Pliskova at the US Open? Ivanovic has blown hot more often than cold this year, but she remains an unreliable competitor. She could storm into the semis with bold ball-striking and a clinical approach, or she could wither under the unique pressure that comes with playing at the most competitive event on tour.

Moving onto the White Group, we find the French Open champion aiming to end her 2014 on the highest of notes. Maria Sharapova spent the second half of last season recovering from shoulder bursitis, and took some time to regain her composure on the court. But another superb clay season and a triumph in the China Open have left her with a realistic chance of snatching the number one ranking from her nemesis Serena. She can achieve that feat via a number of complex scenarios, but unless she beats Williams or hoists the trophy in Singapore, there will be murmurings that she doesn’t deserve to.

Sharapova’s form heading into the Finals tips her as a favourite to get out of the White Group, but it won’t be easy. She may be 6-2 against Kvitova, 10-2 against Radwanska and 5-3 against Wozniacki, but each of those women can trouble her in different ways if they hit peak form. Kvitova blasted Sharapova off the court in the 2011 Wimbledon final. Radwanska bamboozled her in the Miami showpiece in 2012. And at Flushing Meadows last month, Wozniacki outfought the Russian, defending relentlessly until Sharapova’s resistance broke down. At her best, Sharapova is too focussed, too aggressive and too consistent for all three, but if she has an off day it wouldn’t be a shock to see her stumble.

This tournament could be a decisive one in determining how we classify Petra Kvitova’s year. Failure to get out of the group stages will keep her name under the “wildly talented but unpredictable” banner. Going beyond the semi-finals will suggest that she is at last ready to become more than just an occasionally stunning player. The Czech seems to have Radwanska’s number – she has lost to her only once in six meetings – so a lot will depend on her match with Wozniacki. They have split their eight previous matches dating back to 2009. As often as Kvitova has proven too strong for the underpowered Dane, Caro has been too steady for the streaky Petra.

Wozniacki’s presence in Singapore is enough to confirm that 2014 has been a resurgent year for her, but the former world number one, a paragon of competitiveness, will not be content with mere participation. If she plays as she did during her first six matches at the US Open, stepping into the court and taking risks without compromising her rock solid defence game, there is no reason why she can’t be a Singapore semi-finalist.

Alas, it’s hard not to peg Agnieszka Radwanska as the whipping girl of the White Group. Except for a startling victory over Victoria Azarenka in Melbourne, a run to the Indian Wells final and a triumph in Montreal, the Pole has endured a forgettable season. She has always been vulnerable to big hitters, and many of her tournament exits in 2014 were the result of being overpowered. However, she has also lacked confidence and clarity of thought throughout the year. Tight three set losses to the likes of Anastasia Pavlyuchenkova, Alize Cornet and Caroline Garcia are the kind of matches she was winning a year ago. An unsuccessful Asian Swing could leave Radwanska feeling more physically fresh than she usually does at the end of a season: an energetic, magical performance cannot be ruled out. But given that she hasn’t beaten a top ten opponent since March it’s difficult to see her making much of an impact here.

She’s 33, she’s won everything worth winning and she’s on the short list of the greatest players of all time, but Serena Williams still isn’t done. A few years ago she appeared indifferent to the non-Grand Slam events; these days she doesn’t want to leave any tournament empty handed. With the added incentive of holding off Sharapova at the top of the rankings, Serena will be at her most motivated, and therefore her most dangerous, in Singapore. A fifth WTA Finals trophy is hers for the taking. The fun will come from watching her find the solution to players she’s managed to avoid thus far in 2014, namely Halep, Bouchard and Kvitova. 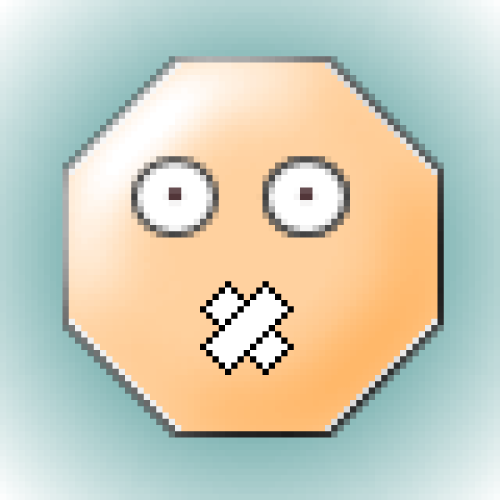