World no.4 David Ferrer won the most titles on the ATP tour last year (7), and with 2 titles to his name this year (Auckland & Buenos Aires), will manage to capture one more trophy? Ferrer is currently number 4 in the Emirates ATP race to London and he has got a great chance of qualifying for the 4th consecutive year.

In 2013 alone, David Ferrer has made it to the top ranks of the men’s professional tour. David Ferrer (Player Profile) is currently ranked 4 in the world and has earned over 3 million dollars in prize money in 2013 alone.

While David Ferrer doesn’t have the pure power or grace of Federer or Nadal, Ferrer brings a unique style of play that adds diversity to the game of tennis.

David Ferrer’s dominance in the world of tennis can be attributed to his counterpunching style of play as well as his unique fighting spirit.

Most tennis fans and commentators remark little on David Ferrer’s game style, because it is less flashy than his more powerful opponents such as Federer, Nadal or Djokovic. However, players at all other levels of the game can learn from Ferrer’s unique abilities on the tennis court.

Tennis is a game of momentum that includes many frustrating ups and downs during a match. This is what makes becoming a successful competitor so difficult. Many players allow their mistakes and unforced errors to cause them to become negative on the tennis court.

David Ferrer is an exception.  Seldom do we see Ferrer showing signs of frustration or any negative emotions on the tennis court. Regardless of what occurred in the previous point, Ferrer always appears positive and ready to compete in the next point.

Ferrer is always willing to do whatever it takes to win the big points. He will run to even the most impossible drop shot (which he remarkably gets to sometimes), and this fighting spirit is what propels him to be as successful as he currently is on the tennis court.

Contrast that to many other tennis players at all other levels of the game. Most players easily forfeit matches once things begin to turn against them during a match. Perhaps that is why Ferrer is at the top of the game and everyone else is still struggling!

Intensity on Every Point

David Ferrer and Rafael Nadal are probably the two hardest competitors on the pro tour when it comes to battling out every point with maximum intensity. Ferrer’s game is based around counterpunching, grinding and mental prowess. This is what allows him to defeat players that hit with more topspin and pace than he does.

One thing that sets Ferrer apart from the rest of the players on the ATP tour is his high level of intensity on every single point, regardless of the score.

Most players become easily frustrated by their mistakes and their temporary setbacks. However, Ferrer is simply a master at playing every point individually, while not letting any previous points affect his play. This is what gives him the edge on the tennis court, allowing him to defeat opponents with better strokes.

David Ferrer is also extremely fit, which gives him the physical edge on three and five set matches. While his more powerful competitors may show signs of sluggishness after long points, Ferrer is still fresh and ready to compete. This comes from Ferrer’s meticulous concern for making sure that he always stays in tip top shape on every single tournament and match he plays.

Ferrer’s high level of cardiovascular endurance allows him to actively continue to compete even after a long 3 or 5 hour match. This is also exemplified by his exceptional movement and ability to reach nearly every shot during a mach.

Very rarely do we see Ferrer hitting from a static position, or off balance. Ferrer finds a way to position his body in an optimal position on every single shot (which decreases any unforced errors).

David Ferrer wins many points not because of great shots or breathtaking winners like Federer or Nadal, but from playing high percentage tennis. Rarely do we see Ferrer going for insane passing shots or some kind of wild down the line winner out of position.

Ferrer engages his opponents in high percentage cross court rallies, and only looks to attack when he receives a short ball opportunity. He also uses the inside out forehand to neutralize a slightly weaker backhand. His baseline game is very steady and consistent, which forces his opponents to hit more offensive shots than they are used to, thus making them hit more unforced errors.

On Ferrer’s service games, Ferrer rarely goes for a fast first serve. He understands his personal and physical limitations. He does not possess a killer serve, unlike many of his opponents on the ATP Tour. Ferrer has learned to utilize his service games more effectively by choosing placement over power.

For example, rather than going for a big bomb down the middle, Ferrer often elects to hit an off pace slice serve out wide making his opponents reach on their forehand side. This is often enough to elicit a slightly weaker return, which Ferrer immediately capitalizes on.

Controlling the Center of the Court

David Ferrer doesn’t have any big shots or weapons outright. However, Ferrer is particularly good at controlling the center of the court using his forehand. Ferrer redirects shots well by taking the ball early when needed, and running around his backhand to hit his forehand pulling his opponents off the court. Ferrer doesn’t look to blast through the court with his forehand, but instead uses the court geometry well.

He utilizes short crosscourt angles to pull his opponents out of position and away from the center of the court. He then waits for any slightly weaker shots which are immediately capitalized on.

These high percentage plays are what makes Ferrer the formidable competitor that he is. He is the classic example of a player that utilizes his skills well which balances out his less powerful overall game.

Applying Ferrer’s Talents into Your Own Game

Not everyone is willing to play every point the way that Ferrer does. It requires a high level of endurance, coupled with a powerful internal fighting spirit. However, players at all other levels of the game can learn to develop a more positive mentality as well as learning to play every point without abandon.

This article was written by Coach Ed of Optimumtennis.net 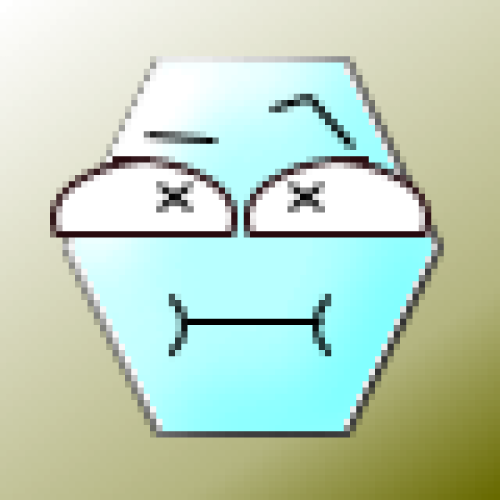 optimumtennishttp://www.optimumtennis.net
Optimum Tennis - Stroke analysis, enabling you to play like the pros.