Things are getting serious in Paris as the fourth round begins on Sunday at the French Open. With 6 of the top 8 seeds and all the pre-tournament favourites still in the draw, fans can expect some exciting tennis in the coming days. Here’s our run down of the women’s fourth round matches on Sunday.

World no. 1 Serena is on a career-best 27 match winning streak and is hoping to reach the semi-finals in Paris for the first time in a decade. Serena badly wants a second French Open title, to add to the lone one she won in 2003. And when Serena wants something bad, she usually plays real good. Williams has been in ominous form – dropping just six games in three rounds so far – and has avoided any hiccups last year, when she crashed out in the first round. Playing Serena in this sort of form is not easy for anyone, more so for the 30 year old Vinci. The late-blooming Italian is not your usual baseliner basher and uses a lot of slice-n-dice and serve-n-volley in her game. Vinci has needed three sets in two of her matches already this week and could enter the top 10 for the first time if she beats the 15-time grand slam champion. But that’s easier said than sliced.

Is there anyone more unpredictable than Kuznetsova in men’s or women’s tennis these days?  The 27 year old is a two-time slam champion; and on talent and ability alone should be a permanent fixture in the top 10. But Kuzy (as she is popularly known) has had Safin-esque trouble with focus and commitment throughout her career. Yet, she is through to the last 16 in Paris for the ninth time in the last decade. After surging back in Australia, reaching back-to-back quarter finals in Sydney (as a qualifier) and at the Australian Open, the Russian seems to be settled into the mid-pack once again.

Her opponent on Sunday, the eighth seeded Kerber, has been just as consistent over the past two years as Kuznetsova has been inconsistent.  Kerber’s non-flashy game wins her many matches and but she has a history of making things tough on herself by going three long sets when she should be winning more easily (like she did against Lepchenko in the previous round). Expect long baseline rallies and a three set match here. The result could be anyone’s guess.

Prediction – Someone wins in three sets

We’ve been waiting for the second coming of Ana Ivanovic five years now. But fans may have to resign themselves to the fact that this sequel may never strike box-office gold again. The Serb has found the going tough in the second week in a slam when she is pitted against a top player. And that’s exactly what Radwanska is these days. The Pole is ranked no. 4 and can be safely counted on to win matches that she should. Radwanska has won their last six encounters, dropping just one set, and unless her injured shoulder acts up, she should find herself in the Paris quarter-finals for the first time in he career.

This might actually be the pick of the four women’s matches on Sunday. A battle between two players thrive on clay and are currently at career-peak rankings. Both play with a one-handed backhand and neither go for broke on the first shot, instead choosing to build the point and get into a rally. Which should make for some entertaining tennis. Errani, also the world no. 1 doubles player and a shock finalist last year, has the advantage of being adept at the net too which will help her in the long baseline rallies. 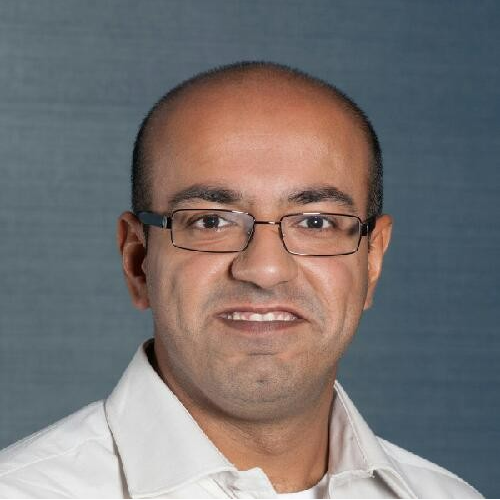 Haresh Ramchandani
Tennis fanatic based in Mumbai who lives by the motto Game, Set, Match, Life!!