How Tennis Has Changed Over The Last 30 Years

Tennis has witnessed many changes over the last 30 years, many positive and some not quite so. Perhaps the most significant in terms of its impact on the game has been the development in racquet technology. The early 1980’s was still the era of wooden racquets (who will forget John McEnroe’s ‘trademark’ Dunlop Maxply or Chris Evert’s Wilson?).

It has now become axiomatic how the new racquet technology has affected the speed and power of the game. All one has to do is to compare film footage of that era with that of the current-day game to see the evident changes. A great touch player of that earlier era like Ken Rosewall, would find it hard to survive nowadays such is the dominance of the power game assisted by the graphite and composite materials of racquets. In the past, the power game was generally exercised through the serve and volley. Now, technology allows for it to be exercised through explosive exchanges from the baseline.

From an aesthetic/fashion point of view, we now have long baggy shorts and short haircuts, whereas in the early 1980’s it was all short-length, tight shorts and long, mullet haircuts – tennis like the world generally moves with the times. Much more is known now about the science of sport and as in football, we realise that freer movement is assisted by loose-fitting kit, even if it might look a little sloppy. The move to more multi-coloured attire was already in train 30 years ago, but now it is almost ubiquitous. ‘Tout en blanc’ now seems to be the sole preserve of Wimbledon.

Harking back to the Ken Rosewall example, in those days such a player could rise to the top of the game and be revered. Nowadays, it is all about the ‘power game’ – all one has to do is look at the top of the men’s game and watch a typical tussle between Djokovic and Federer or between Djokovic and Murray to understand this point. The ‘touch game’ still plays a role, but no one nowadays can rely on it as their main game strategy. Strength, fitness and mobility now play a major role in the game for everyone wishing to succeed. A more standardised, generic and even robotic player seems to be the norm nowadays. The focus is increasingly on achievement, performance and ‘zero-defect’ stroke production. Enjoyment seems to take a backseat role if any.

Commercial sponsorship and prize money have grown in importance over the last 30 years. Tennis regularly produces millionaires and the financial status of women has improved immeasurably over the years. Total prize pots have increased considerably (even allowing for inflation) and women now receive much fairer treatment in line with wider societal trends towards equality. Corporate hospitality now plays a bigger part at bigger, more high-prestige events like the Grand Slams (Roy Keane’s ‘prawn sandwich’ brigade), highlighting a trend towards the ‘social’ and ‘networking’ spin-offs of the game, at the expense perhaps of the dedicated fan base. Large ticket agencies now control access to attendance to such events, further ‘corporatising’ major events.

Another major change has been the relative decline of the dominance of American and Australian players and the rise of Europeans, particularly in the men’s game. Whether this is just an example of the inevitable tropes of cyclical ups and downs or a more permanent, long term trend, remains to be seen.

Much less in the game is now left up to chance and fate. Hawkeye technology has improved the quality of line calls. We see fewer histrionics directed at court officials, as players can now appeal to the unequivocal justice of line technology. Umpires are no longer referred to as ‘the pits of the world’ – players now have recourse to a line of authority without our human failings .

Match stats are now recorded and analysed with great vigour in a way that would have been derided as ‘anorak’ behaviour in the 1980’s. Form and statistics have always played an important analytical role, but the level of analysis is far more in-depth now. Tennis shares this trend with most sports.

Has tennis become more or less elitist? Some would say that it has become less of a social elite sport, but more of a professional elite one. The rise of professional attitudes and structures has certainly created a cadre of dedicated, focused players separate from the rest of us. Tennis still attracts a certain ‘cachet’, however, and despite wider democratisation of the game, it still tends to attract a more middle class and upper-middle class following.

In line with greater understanding of the physiological and technical aspects of the game, has been the wider appreciation of the mental aspects. Where so little in terms of technical and physical ability divides players at the top of the game, the focus for competitive advantage is more on mental strength – again, a trend evident across the sporting world. Given the rise of professionalism in the game, any advantages to be gleaned from psychological, attitudinal or spiritual factors are keenly focused on. More is also known now about proper diet, hydration and rest and recovery periods, highlighting the changes over the 30 years.

The rise of the media has also created a more ‘media savvy’ player, more adept at dealing with the media than in earlier eras. Press conferences can often be a minefield for the top players who require good media skills to cope. Public image is increasingly seen as crucial and with the ubiquity of the media now, players must know how to cope with it effectively. TV, You-Tube, Twitter and Facebook now dominate, whereas for most of the 1980’s public, it was limited to BBC1 and 2, a few newspaper tennis columns and a limited number of tennis magazines.

Tennis academies for young players now play a stronger role in the development of the game, in the knowledge that getting a head start in the game from a young age is critical to future success. The rise of tours at a level below the main ATP and WTA has also been evident over the last 30 years, allowing for wider competitive opportunities across the game.

The public still likes to focus, however, on the gladiatorial contests at the very top of the game whether it is Williams/Azarenka or Djokovic/Federer (what has really changed from the days of the Roman Empire ?!). In society as a whole, the role of ‘celebrity’ is given more prominence ( X-Factor, Pop Idol, celebrity chefs etc.) and it is thus not surprising that this has also been translated to the top in tennis. It may be a long way from Dan Maskell’s pristine view of the game, but as in much else, tennis tends to follow societal trends in general.

For all these changes, much about the game remains the same. Sets (non-tie break ones) still involve the winner winning six games, umpires still rule the roost from their high chairs and Wimbledon still serves strawberries and cream. Part of the strength of the game is its being able to balance tradition with evolving developments – a game secure in its past and confident about its future.

A recent interesting nod to tradition has been the renewed support for grass tennis in the ITF’s decision to allow for a ‘run’ of grass events on the tour in the run-up to Wimbledon. It is refreshing that such a recognition of tennis’s ‘roots’ can sit side by side with its evident modernising trends.

Much has changed in the game over the last 30 years, owing much to the pioneering efforts of players of that earlier era: Billie-Jean King, Bjorn Borg, Ivan Lendl, Martina Navratilova, Chris Evert, John McEnroe, Jimmy Connors and others even farther back. It is now a sport with a much wider global reach, particularly in Asia. The sport has never been stronger, with standards high across all levels of the game. On this basis, tennis over the last 30 years receives a scorecard with a strongly positive rating. 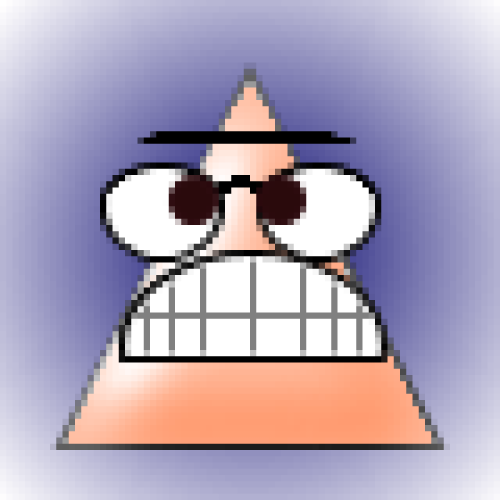