Djokovic goes hunting for the quick win and gets to 30-30. A good return and Jo’s forehand blows up and long – match point. An attempted serve volley goes long and that it it. A great result for Djokovic with more to come in the performance stakes, for Tsonga it is going to be a long way back if he is to get going in this tournament – Berdych and Murray await them in the next stage.

Tsonga just can’t make an impression against serve here, another four points go Djokovic’s way and he’s won 16 in a row on serve now. The end is surely nigh, is there anything left from Tsonga?

Tsonga holds to love, serve is utterly dominant at the moment. Jo only has two more attempts on the Djokovic serve. Don’t forget with the round robin forma, a straight sets loss can make it very difficult to qualify in the event of players being tied on wins.

No let up. Djokovic holds to love again, he’s won 12 points in a row on serve. Polite applause from the sell out crowd but this is not what they were hoping for tonight. Over to you Jo.

The games are flying by at the moment. Despite a couple of good points by Novak, Tsonga holds to 30 and must now start an assault on the Djokovic serve.

As you would expect Djokovic looks determined to keep Tsonga on the floor. He holds to love.

A quick hold to love get Jo on the scoreboard in the second set.

The atmosphere has gone pretty flat here, can Jo get something going? He get out to 30-0 on the Djokovic serve but is pulled back to 30-30. Confident play from Djokovic to hold, he’s just needs four more games and he can head off for an early night.

– Tsonga faces his first break point of the match, which he saves with a smash. He falters again though and Djokovic gets the break.

– So despite not having the best of the first set, Djokovic comes through at the business end to snatch it. No surprise given his status as world number one I suppose, where will Jo go from here?

– Tsonga goes wide and the first set goes to Djokvic 7-4 in the tiebreak.

– Jo keeps the pressure up with both points off his serve, just the one minibreak down. Can he steal something against the Djokovic serve? Novak holds him off to move to set point at 6-3.

-Djokovic hasn’t chased the Tsonga backhand during the set but now the tiebraker is here that is the wing he is going for now. 4-2 to the Serb as they change ends.

– Tsonga loses control to give a mini break away, a big serve gets him his first point but he is 1-2 down.

Strong game from Tsonga, racing to a 40-0 lead and this time doesn’t give Novak a look in. Tiebreak!

Power from the back and touch at the net bag Jo the first point. Djokovic takes a tumble as he dives for the ball…that will have hurt, even more so as it gives his opponent a break point. Novak ups his serving and comes through once more.

Tsonga is serving bombs and moves to 40-0 before out of nowhere Novak cracks a winner return back past him. A forehand error and suddenly Jo is in a spot of trouble but a hawkeye ruling gives him a second chance and he takes it to hold.

Djokovic seems to be getting the ball into the right areas to dominate points once a rally has developed. No problems for another hold. Jo will serve to stay in the set.

The best returner in the game is getting nowhere so far on the Tsonga serve, big Jo is banging the ball in and following it in. Still on serve as we get to the back end of this opening set.

The cameras have picked out snooker world champion Ronnie O’Sullivan, I guess if he was a tennis player he would be the have to be the shot making genius that is Roger Federer although the two are rather different in just about every other aspect of their lives. Tsonga gets to deuce and goes with a rocket forehand return to get his second break point. Jo gets a forehand for the break but hits it just wide, a chance goes begging as Djokovic goes on to hold.

Tsonga has been utterly dominant when he gets his first serve in so far and it gets him through to level the match.

– More aggression from Tsonga but he’s picked off at the net on the first point of the game. Djokovic is getting on top when he matches his backhand to the Frenchman’s. The first hold to love goes to the Serb.

Shot of the match so far from Tsonga, hitting a great forehand crosscourt. He seals the game with some nice touch volleys at the net.

The players are getting going now and the tennis is better for it. Djokovic stays one step ahead with some good serving.

While rallying with airballs almost got Jo a break in the previous game, surely he needs to attack tonight if he is to win? Djokovic’s groundstrokes are likely to dial in before long. Some big serves and atomic forehands suggest Tsonga thinks so too  and he holds to 30.

Djokovic gets out of the blocks like a Jamaican sprinter and races to a 40-0 advantage. Two missed backhands by the Serb allow Jo into the game and a long rally finishes with another error from the Serb, this time on the forehand – deuce.  Novak dumps another ball into the net and it is break point. A lucky net cord rescues Djokovic, both players are giving the ball a lot of air so far. Two balls hit long by the Frenchman mean Djokovic holds. Not a high quality game it is fair to say.

-Both popular players and natural showmen, who will have the crowd tonight?

– Djokovic and Tsonga are warming up, the O2 looks customarily stunning with its blue highlighted court. This tournament is a showcase for the best of the best and they don’t get any better than the world number one.

– The players are coming out!

– The head-to-head is 8-6 in Djokovic’s favour and the Serb has won the past four matches. Four of Tsonga’s wins date back to 2008 and 2009 so there is no doubt that he has had the worst of the match-up in more recent years. The good news for us is that the two usually produce highly entertaining matches.

-Tsonga lost the championship match at the O2 last year to Roger Federer and will be hoping to challenge once more.

– Having clinched a second successive end-of-year number one ranking, Djokovic is looking to go out on a high by winning WTF for a second time.

– World number one Novak Djokovic and Jo-Wilfried  Tsonga could be on court as early as 7.45pm tonight depending on how long the preceding doubles match takes. 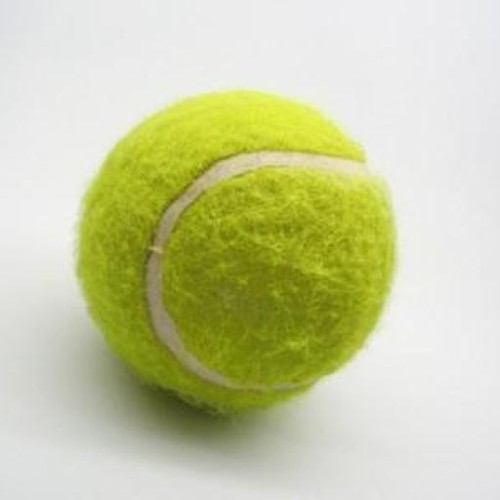