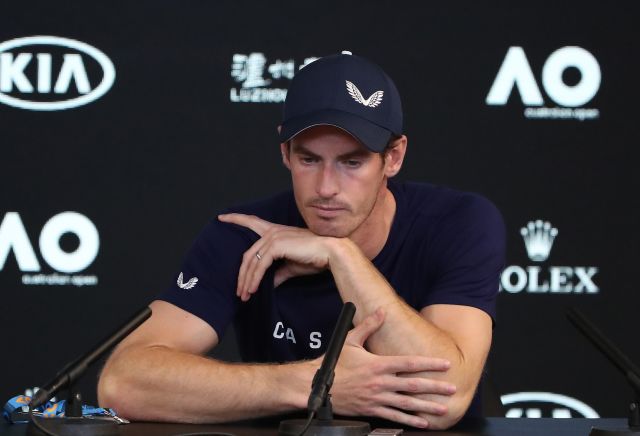 In a pre Australian Open press conference, Andy Murray revealed that this will be the last season in his tennis career. The long term hip injury that has hindered his past few seasons has proven too much to handle, with the two time Wimbledon champion looking to hang up his equipment at that very tournament this summer. While he remains a competent doubles player, he has ruled out any suggestions he could continue on tour in that form as it stands.

He was out for almost a year after losing at Wimbledon in 2017 and has never looked the same since his hip injury, failing to really get any momentum going on the tour. He made a return at Brisbane to begin the season but that has seemingly proven to him that it is the end, with the pain proving too much for him to deal with on a regular basis. Any future surgery would not be taken as a means to extend his career but to improve his comfort in regular life. “I can still play, but not to a level I’m happy playing at. But also, you know, it’s not just that. The pain is too much really. Yeah, it’s not something, you know, I don’t want to continue playing that way. I think, like I said, I tried pretty much everything that I could to get it right. That hasn’t worked.”

The Scot is a very popular player across both tours with leading men’s and women’s players leading tributes to the former number 1. The likes of Nick Kyrgios, Juan Martin Del Potro and Kevin Anderson all left social media messages of support as well as legends such as Billie Jean King – who has been highly grateful of his huge support for the women’s game.

Murray will end his career as one of the greats of the game, even if he found it difficult at times to shine in the era that may well contain the three best of all time when it is done. He will end his career with a whole host of achievements including 3 slam titles, 45 single titles overall, a year end No.1 spot.

A Look Back at the Tennis Moments of 2018

With just the Davis Cup to go, we are coming to the end of the 2018 tennis season which has...