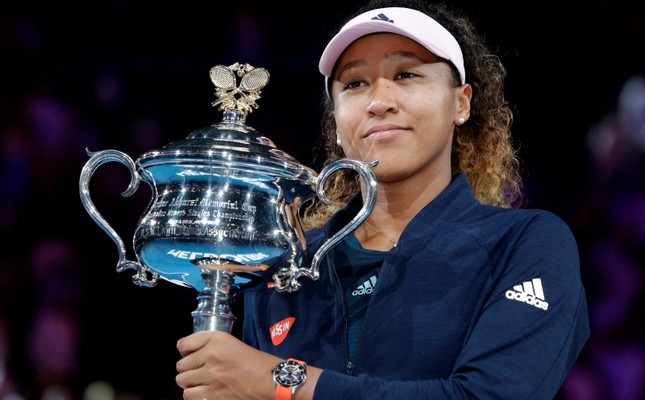 Naomi Osaka is now a two-time grand slam champion after winning the Australian Open final. She beat Petra Kvitova 7-6 5-7 6-4 in an enthralling encounter to join a select group of players to win their first slams back-to-back. She is the sixth to achieve this following Evonne Goolagong, Chris Evert, Hana Mandlikova, Venus Williams and Jennifer Capriati. Along with the title, Osaka is now World No.1 – the first Asian player on either tour to make it to the top.

It was a high quality final from the get-go with both players maintaining the form they had shown in the earlier rounds. Kvitova did have the best of things early on and will have been disappointed to have failed to break from 0-40 at 3-3. The Czech later saved break and set points at 5-6 to earn a tiebreak but it would be all Osaka from the beginning, having secured the mini-break with a killer return for one of her 33 total winners. With 59 straight wins after winning the first set, the odds looked to be heavily in her favour.

Kvitova did bounce back to break early on in the second but her failure to hold next game cost her as she lost the next four games to fall down a break. It looked like a routine straight sets win for Osaka was coming when she had 3 championship points on the Kvitova serve at 5-3 but some great serving got the new No.2 out of trouble. The failure to close out the match had visibly troubled Osaka, who spiralled from there – losing the set after being broken to love as part of a run of five straight games for Kvitova.

A strong hold to open the decider was a calming influence on the Japanese star, who followed it up with the lone break of set three. There would have been feelings of deja-vu when Kvitova served her way out of a 0-40 hole at 4-2 but this time, there was no collapse. Two strong holds and some big serving ensured her victory, one that is bound to live long in the memory of Osaka. She has already confirmed herself as one of the top big match players in the game with these two titles – with two very different finals. She blasted one of the best of all time off the court in New York and managed to keep her nerves in a match that could have had one of the biggest collapses in a final.

It’s a disappointment for Petra but being in a slam final again is a far cry from what she would have been expecting just over 2 years ago. “It’s crazy. I can’t really believe that I just played the final of a Grand Slam again,” she said in an emotional runners-up speech. “Thank you (to my team) for sticking with me even if we didn’t know if I would be able to hold a racquet again. You were there every single day supporting me and staying positive for me.”

Ranked outside the top 70 at this point last year, Osaka now has to be considered one of the favourites for grand slam tournaments – especially on hard courts. She was nervy in her post-match speech once more but the way things are going, she will have plenty more chances to work on it.

Rafole 53 is upon us with the pair taking to the court on Sunday, hoping to further extend their...